Oahu is truly a tropical metropolis.  If you came to Hawaii to get away from the big city, then Oahu is not for you. But if you want to experience the up-and-coming trends in Hawaii, and have the high-end Hawaiian food experience, and see the big surf on the North Shore, (or if you are a Brand Name B*tch and want to shop the exclusive Hawaiian lines of all your favorite luxury brands) then Oahu is the only place to do this. 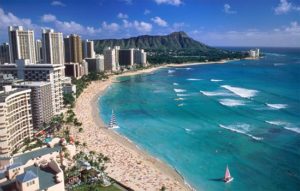 That said, the windward side of Oahu has the same rural charm that the rest of the islands have. 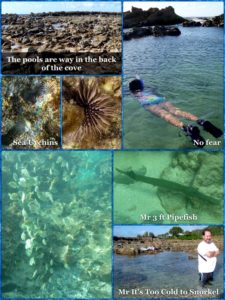 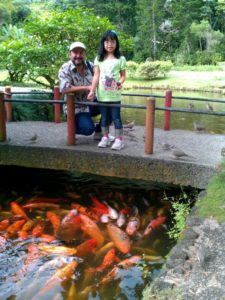 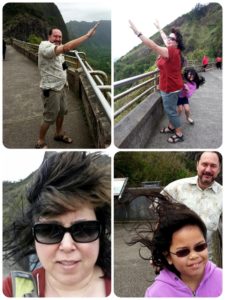 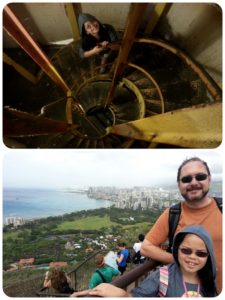 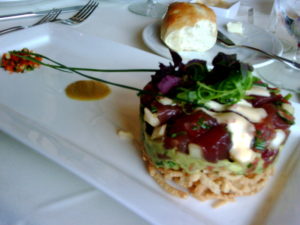 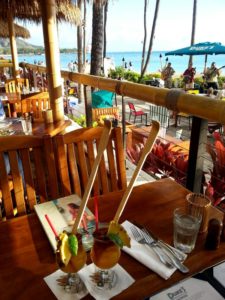 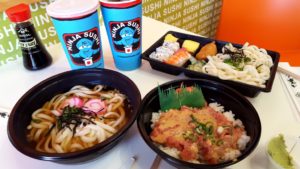 Eating (Windward side):
Airfare:
Flying weds-weds will likely be the cheapest.  sat-sat or sun-sun will be the most expensive.  Play around with the dates and see if your schedule if flexible.  We use Google Flights to find the best airfare.

Rental Cars:
I always book Alamo rental cars with the Costco discounts. That always gets me the best prices.  Book your car right away and then check back to see if the price goes down.  If the prices does go down you’ll need to cancel and rebook. We usually get a full-size car because it is usually only a couple of dollars more than a compact.

You’ll want a car on Oahu for at least two days (or the whole time).  If you’re only going to rent a car for a duration shorter than your stay it would probably be a better idea to rent at a location near your hotel rather than at the airport. Conceivably you could do multiple one-day rentals and avoid the overnight parking fee, but cost of a single-day rental (or even a 2-3 day rental) is usually so high it becomes non-competitive.

Discussion
There are just a ridiculous number of beautiful beaches on Oahu.  More than Kauai.  Of course, there’s Waikiki, which you should spend some time at just to say you’ve been there and for the people watching.  Make sure to get a photo with the statue of legendary surfer Duke Kahanamoku (at the east end of Waikiki toward Diamond Head).

Other notable beaches: Lanikai beach, Kailua beach park.  Both beautiful but a little remote. Ala Moana beach near the giant mall has no waves and is very relaxing.  Great View.  The north shore is just littered with beautiful beaches so plan to spend a day making a driving loop up there.  And just pull off the road when the mood strikes.  Waimea is on the western shore.

We highly recommend hiking to the top of Diamond Head. It isn’t too bad for able-bodied people but I wouldn’t take my mother there. Bring a flashlight. It isn’t at all what you expect but the view is unbelievable from the top.

If you want to snorkel on Oahu, the place to go is Hanauma bay on the eastern tip.  You’ll need to get there EARLY like before 9am or the parking lot fills up and you get turned away.  But the snorkeling is pretty amazing.  Snorkel rental places are all over but I don’t think they rent at Hanauma so you’ll have to rent the day before.

The view from the Nuuanu Pali lookout is spectacular.  This is a historic site: the location of the final battle as King Kamehameha conquered Oahu uniting the Hawaiian islands under a single ruler (Kauai just surrendered).

As far as driving goes, there is basically a road that circles the island and three routes that cross the middle: H3, Likelike highway, and Pali highway. Driving all the way around the island in one day is pretty far so you’ll probably want to take the east half and west halves on different days.

Sometimes you will see directions to a place ending with “on the mauka side of the road”.  “Mauka” means “toward the mountains” and “makai” means “toward the ocean”.  I remember which is which because the “mau” in mauka sounds like the “mou” in mountains.

There is a resort called Turtle Bay that is at the very northwest tip of the island.  You could cross the mountains on Pali or Likelike driving counter-clockwise and spend a morning stopping at beautiful beaches and arrive at Turtle Bay for a late lunch (there is also a beautiful beach there, btw).  I think the parking there is free if you’re going to the beach.  You could have lunch at Roy’s Beach House http://www.roysbeachhouse.com/ OR if you love shrimp you could stop at the shrimp trucks in the same area (we haven’t done this yet so I don’t have a recommendation).  Continue on the road toward sunset beach and stop at a place on the mauka side of the road called Ted’s Bakery http://tedsbakery.com/ (they also have plate lunch if you skipped lunch at Turtle Bay) and order a slice of Chocolate Haupia pie.  Fantastic. They are famous for this (they also have other flavors).  Haupia is coconut custard.  You could always get your pie to go and take it to the beach. Continue on down the road to an adorable surf town called Haleiwa and do a little shopping and stop for the best shave ice on the island at Matsumoto’s. http://www.matsumotoshaveice.com/

If you have time there is one special place we always stop at on the way toward turtle bay in a town called Laie.  We turn off the main road on Anemoku street (across from a shopping center) and head toward the ocean.  there is a cool giant flat rock with a hole in it sitting out in the water.

Another thing you could do on either day is the Byodo-in temple in Kaneohe.   It is a replica of a temple in Japan.  We love it there as it is very peaceful and good for a brief stop.  Be sure to ring the bell.

We like to go to the swap meet at Aloha stadium.  They have cheap t-shirts, cheap aloha shirts.  Good place to get cheap gifts for nieces and nephews, etc. Open Wednesday, Saturdays, and Sundays.  Lots of walking, no shade.

Lastly, since you’re on vacation, try to stop and watch the sunset every day. Have a Mai Tai (or Tropical Itch at Duke’s) and relax.  🙂